So, You Got A New Drone For Christmas...here are some things you should know.

If Santa left a new drone under your tree this Christmas you already know that you are one darn lucky camper. An entire new world of flight and creativity awaits you. But before you run outside excitedly clutching your new dream machine like Ralpie and his Red Rider BB Gun there are a few things that you need to know.

Registration
Before you do much else you should think about registration. I know it's not fun and you got this beautiful piece of aviation technology sitting there, waiting for you to bring it to life...but first you should register with the FAA. You should do this because you are a responsible adult who puts matters of administration ahead of fun, because it's the right thing to do, and because people who do not register their drones could face civil and criminal penalties. In the words of the FAA:

"Effective December 21, 2015, anyone who owns a small unmanned aircraft of weighing 0.55 lbs. (250 grams) or more must register with the Federal Aviation Administration's Unmanned Aircraft System (UAS) registry before they fly outdoors."

You can do this online from the FAA's web site. You will need to go to registermyuas.faa.gov and have an email address, a mailing address, and a credit card. The cost is $5.00 and if you do it before midnight January 21st your five dollars will be refunded. The process involves opening an account with the FAA. It's painless to create and you can use it later to edit your profile or reprint your certification. It may also come in handy down the road if the FAA's requirements on certifications should evolve in any way. While you are on their web site check out the FAA's Unmanned Aircraft Systems page at faa.gov/uas. If you need help with your registration you can contact UAShelp@faa.gov.

Once your registration is completed you will receive a UAS Certificate Number that is to be displayed on your drone's exterior or, if it is not locked, slid into the battery compartment. It should also be noted that this cert number is good for as many drones as you may acquire. The significance of this is that you are not really registering the drone as much as you are registering yourself as its operator. This means that if your new drone crashes on a busy city street, bouncing off a car hood, knocking a courier off his bicycle, and then bursting into flames and igniting the awning of a major hotel, you can no longer just tuck the controller under your arm like a football and run like hell. Well, actually you can but now they will be able to find you. 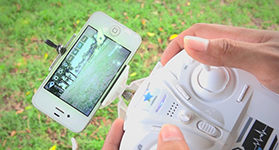 Training
It is extremely important to follow your drone manufacturer's operating instructions as well as those for set up, calibration and maintenance. Pay special attention to instructions on charging and handling your lithium batteries as they have been known to spontaneously combust. Once you have your new aircraft assembled, set up, and calibrated, do a preflight review of all systems and settings including those associated with your controller.

Learning the controls is the next step. My guess is that if you just put out something in the neighborhood of a grand for this thing you don't need me to tell you to go slow. But go slow, no matter how excited you are to fly it. Suffice it to say that if you are not carful you can destroy both your excitement and your investment in about 60 seconds, and many have. Go slow, take baby steps at first.

Up, Down. Side to Side. Forward, Backward. Rotate Left, Rotate Right. In aviation terms these motions are called Pitch, Roll, and Yaw. Go through each movement slowly, without much altitude or speed and never out of control. You can find an interactive demonstration of these navigation techniques at the Academy of Model Aeronautics ( AMA) web site amaflightschool.org Once you get going you will find flying an Unmanned Aerial Vehicle (UAV) fairly intuitive and your skills will grow exponentially. There are, however, training sites and schools available if you are interested in further instruction or in professionally honing your skills. 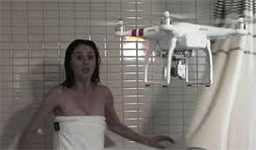 Where you can fly
It is still easier to tell you where you cannot fly than where you can. The FAA wants you to stay below 400 feet, fly within visual line of sight, never fly directly over people, stadiums, or sports events. Stay away from emergency response efforts such as fires or car accidents. Never get close to aircraft or airports (major trouble and fines on that one), and finally do not fly under The Influence (I personally do not know where 'The Influence' is but I am pretty sure that I have never flown under it). The FAA also wants you to make sure and check their Temporary Flight Restrictions (TFRs) just like the real pilots do. You can get an updated listing of all active TFRs from the FAA at: Temporary Flight Restrictions - tfr.faa.gov.

State and local governments are writing their own rules and restrictions so you need to be aware of them as well. As an example Chicago, New York and Washington D.C. are all enacting legislation that will impose heavy restrictions on drone flights within their city limits. Be careful and ask questions before you fly in or near urban areas, parks, military bases and other government owned land, also certain commercial venues like ski resorts are banning unauthorized drone flights.

You will notice that none of these rules and restrictions say anything about flying over your neighbor's back yard. That's because legally that is still an area for much debate. It is quickly becoming a legal quagmire that has far reaching implications especially when you start to consider Amazon's vision of drone delivery. The problem is that there is no consistent legal definition of how far property rights extend.

In a nut shell, long held common law maintains that a landowner's rights go 'all the way to Heaven' while the federal government believes it is responsible for the safety and management of U.S. airspace from the ground up. Airplanes fly over private property every day and we do not see them as trespassing, but they do not by nature hover in front of your bedroom window.

The Supreme Court ruled on a case called United States v. Causby in the 1940s when a farmer brought a suit against the government over low-flying military planes that were ruining his chicken business. They said that a property owner owns 'at least as much of the space above the ground as he can occupy or use in connection with the land'. This helped the chicken farmer but does not really define a precise aerial boundary for landowners or those flying over their property.

In Kentucky last year a man named William Merideth felt very strongly that his property rights were being violated when he took his Benelli M1 shotgun and blew his neighbor's camera equipped DJI Phantom out of the sky. The drone's owner John Boggs believes that under current regulations he was doing nothing wrong and wants $1500 to replace his damaged equipment. Hence a new court case Boggs v. Merideth that may further define the conflicts between property rights and 'navigable airspace'.

I would recommend that while these things sort themselves out it might just be a good idea to ask your neighbor for permission before you fly over his property, especially if he owns a shotgun .

Here is some further reading on the subject if you are interested:
Navigable Airspace: Where Private Property Rights End and Navigable Airspace Begins
You May Be Powerless To Stop A Drone From Hovering Over Your Own Yard
Man Indicted For Shotgun Blasts At Hovering Drone

Safety
Don't fly impaired, don't fly over people, don't fly around manned aircraft. We have already covered these. You should probably not try to chase your dog around the back yard either, as tempting as it may seem at the time. Flying close to stationary objects such as trees and buildings is actually a skill that is quite valuable in the world of aerial drone photography. Go slowly on this one and be extremely careful. Make sure that no innocent bystanders are present. If you clip a propeller on a tree branch or a basketball hoop (as I did) you will lose control of your craft and more than likely crash. Propeller guards are available for drones like the DJI Phantom. They are inexpensive, easy to install and can save you considerable damage if you biff off of the side of whatever structure you are imaging.

The FAA has partnered with several industry associations to promote responsible use and best practices for UAV pilots called 'Know Before You Fly'. You can visit this resource at Know Before You Fly - knowbeforeyoufly.org.

With great power comes great responsibility. You should never lose touch with this fact while flying a UAV. In the U.K. last year an 18 month old lost his eye when a drone flown by a family friend hit a tree and then crashed into him. The child will never be the same and neither will the drone's pilot. UAVs are not toys, just ask the FAA. Flying a drone can be exhilarating, rewarding and, with video, an incredibly creative activity. But it must be done responsibly. So think of Ben Parker while you fly. 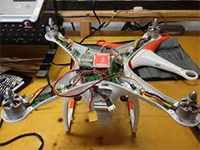 Mayday Mayday Mayday
Alright, so you crashed it. You were flying safely and responsibly but an Eagle swooped out of the sky and attacked your new UAV (actually happened Watch: Eagle Punches Drone Out of Sky - usatoday.com) causing it to crash and suffer extensive damage. A tear rolls down your cheek as you pick up the pieces and wonder what you can possibly do to make your dream machine right again... but let not your heart be troubled for there are a quickly growing number of companies out there to help and support you.

Drone Repair
Going back to the manufacturer for repairs is always the first option, but it can take some time - DJI is reported to have a lead time on repairs of several months. A quick Google search for 'drone repair' will help you find repair shops to help you, and you may be able to find someone in your area. Here are a couple of examples:
DroneFly - dronefly.com
Atlanta Hobby - atlantahobby.com/
Drone Doctor - dronedoctor.com

Drone Insurance
It is now possible to get protection for your UAV. Drone accident coverage is now available from the AMA, ISO, and AIG. Here are some links with more information:
UAS (Drone) Insurance...Protect Your Bottom Line - digitalaviators.blogspot.com
You Can Now Buy Drone Insurance From AIG gizmodo.com
Insurance Industry Addresses Drone Risks - dronelife.com

Drone Warranties
Neary Aerial Media is a company that offers extended warranty service contracts for UAVs.
You can visit their web site at Neary Aerial - neary-aerial.com

Legal Assistance
Here are two attorneys that offer legal services specifically for drone operators:
Fox Rothschild LLP - ontheradar.foxrothschild.com/
Texas Drone Lawyer - txdronelawyer.com Enjoy!
Congratulations on your new UAV. Flying drones for both recreation and occupation really is a brave new world. The technology is exploding and changes are occurring each day. I hope that you get to experience some of the truly miraculous things that are taking place in unmanned civilian aviation. If you need help staying in touch with drone news, regulations, products and resources please visit us at www. OnclickAir.com, @OnClickAir , facebook.com/OnClickAir.